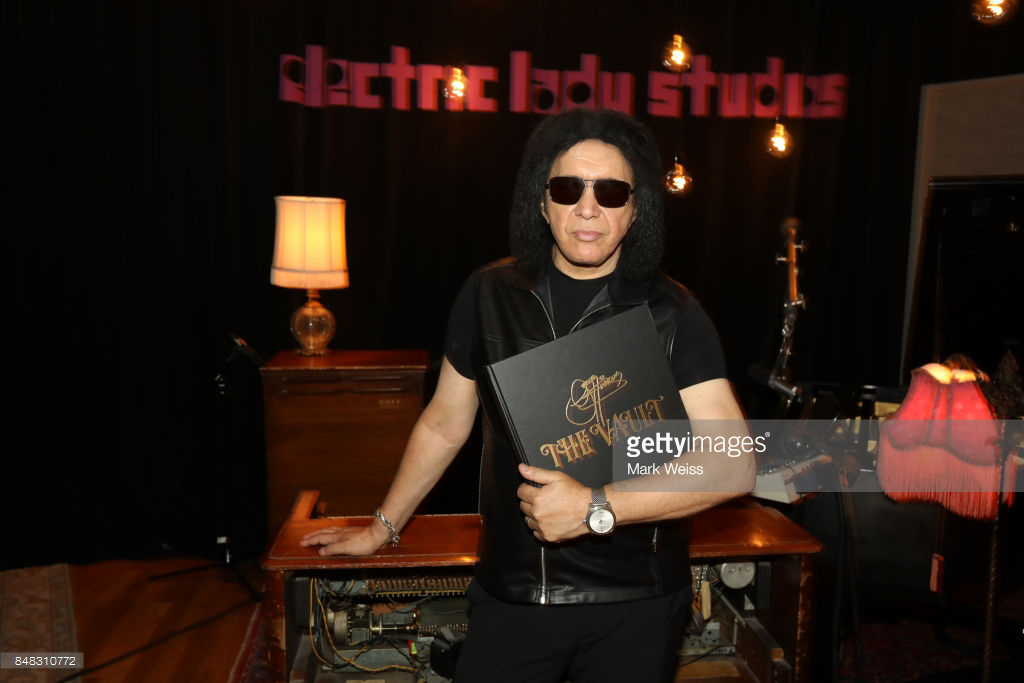 After years of being in the spotlight with KISS, He’s decided it’s time to share another side with you, a deeply personal one. With The Vault. Gene has created a 50-year time capsule (1966 to 2016) that he calls, “the soundtrack to his life.” It’s filled with songs he’s written, but have never been released. Until now. The Vault includes 150 recordings featuring notable rock and roll artists and of course, his bandmates from KISS.

As an obsessive music fan and collector himself, he’s packed The Vault with exclusive mementos created just for The Vault – a new Gene action figure, an “In Gene We Trust” oversized commemorative coin, a deluxe book containing over 50,000 words and 160-pages of unseen photos from his personal collection. As well as a track-by-track commentary on every song. And he’s hand selected a personal gift from him to you direct from his very own archive.The best part? He hand delivers your Vault at an exclusive, once-in-a-lifetime, event near you.  Gene Simmons came to New York to unveil the vault experience on September 10th 2017. He did a series of press events leading up to the 1st Producer Experience at Electric Lady Land Studios on Friday, September 15th.

On September 7, 2007 I interviewed Ronnie James Dio.  I explained to Ronnie my vision…

Copyright Rock Scene LLC 2023 - All Rights Reserved
Back To Top