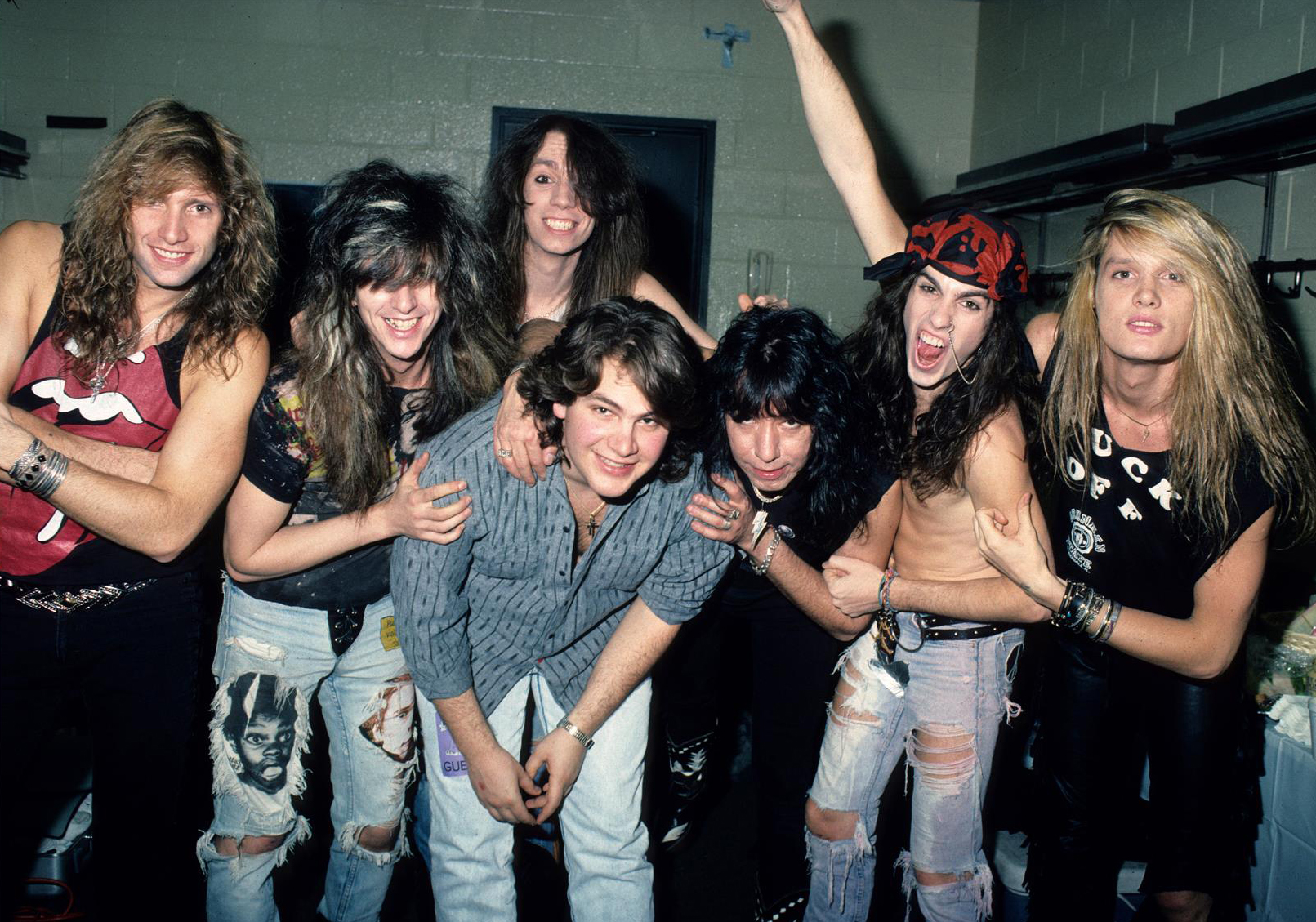 A “scholar of metal and all that rocks!”, Eddie Trunk got his first taste of “heavy music” around the age of ten. A band called the Raspberries was playing on A.M. radio.  Eddie was immediately hooked and had his parents buy him all four of their records. It was all Raspberries all the time for him until a year later. Eddie was walking home from Junior high school with a friend. As they passed the local record store, ‘Scotty’s Records’, his friend asked if he wanted to go in while he bought a record, to which his friend replied, “I’m going in to buy a record by this band called Kiss.” Until this point, Eddie had never heard of Kiss. He was intrigued. He asked his friend, “which one are you going to buy?” His friend said, “I’m going to buy the new one, Rock & Roll Over.” He proceeded to give Eddie a little ‘coaching’. He told him to buy another one since Rock & Roll Over had just come out & he wasn’t sure how ‘it was’. Eddie took his friend’s advice and bought Destroyer.

Eddie reminisces – “The first concert I went to was KISS Dec 16, 1977 at Madison Square Garden. I remember the guys outside selling the t-shirts and the whole scene walking in. Inside, there was this weird smell in the air. I didn’t know what it was, everyone getting high.”  Eddie just turned 13 and didn’t understand the concept of amplification. “Here I was at the top level of the Garden; with 15 – 20,000 people and the band is looking this big to me, but it was loud as hell.  I couldn’t understand how a bunch of guys playing guitars that far away, that small, being that loud where I was sitting. It took me a while to realize it  about the power of amplification.”

Eddie tried his hand at playing drums. However, he didn’t have the patience or self-discipline, so he gave up on the idea of being a musician and began to think how he could work in the music industry to connect and help the bands he loved. In high school, Eddie was ridiculed for the music he liked. He was determined to turn people on to the music he liked and help the bands by bringing them a bigger audience. He just had to figure out how to get the message out. So, he started writing the music column in his high school newspaper. In his senior year, Drew University came to his high school, asking the students if they were interested in learning radio. Of course, Eddie applied and did his first gig DJ-ing that summer. Right out of high school, he got a job at a record store. He made a lot of connections while working there. One, being someone who had a pirate radio station in their basement. There, he made a demo and started sending it to WDHA relentlessly until they gave him a show, where he could play the music he loved. That show was one of the first radio shows in America to focus on Heavy Metal music.

In 1982, Jonny Zazula and wife Marsha founded Megaforce records to publish the first works of Metallica. Jonny also owned Rock N Roll Heaven record store. That’s where Eddie Trunk got to know Jonny Z. Eddie would go there to buy records and magazines that he couldn’t find anywhere else. In 1983, when Eddie got his first radio show on WDHA, he would buy records from Jonny and play them on his show. Before long, when Eddie went to pay for his albums, Jonny would decline taking his money. Jonny realized that he would sell more albums if Eddie would play them on his show. A friendship was formed.

Eddie was doing his show for about six-months. One day; while he was broadcasting, a knock came on the studio door. It was Jonny Z. He said that he wouldn’t leave until Eddie played a song from the new album from an up and coming band that was on his Megaforce label. Eddie knew Jonny wouldn’t leave until he got his way, so Eddie agreed to play a song. The band turned out to be Metallica and the album was Kill ‘Em All.

Jonny was grateful. He told Eddie that if he could ever afford to hire someone to really get Megaforce going, he would hire Eddie. A couple of years later, Jonny Z. called Eddie. True to his word, he offered Eddie a job. Megaforce had mostly “heavy” music on their roster. Bands such as Anthrax, Overkill, Man O War, and Raven were all selling albums and concert tickets, but were not getting air-play on any major radio stations. Eddie approached Jonny with the idea to sign a few acts that were more “radio friendly” – stuff that could get air-play and help bring the label to a new level. Eddie suggested tracking down Ace Frehley to see if he would be interested in signing with Megaforce. Eddie Kramer put together a lunch meeting with Ace, Jonny and Eddie. Ace signed with Megaforce and in 1987 released Frehley’s Comet, the first solo album Ace released after leaving KISS. Eddie continues to carry the rock n’ roll torch, and is truly an ambassador of rock.

Want to hear it from Eddie himself?

On September 7, 2007 I interviewed Ronnie James Dio.  I explained to Ronnie my vision…

You might think you know all about Gene Simmons, but believe it or not there’s more…

Copyright Rock Scene LLC 2023 - All Rights Reserved
Back To Top